Things to remember: Water bottles, PE kits (PE will be on Monday and Wednesday) and ensure you are quizzing after finishing a book.

Welcome to the year 4 class page. My name is Mrs Hounslow.

1) I have a crazy boxer dog who I adore. His name is Reggie and you will hear me speak about him - lots!

2) My favourite subjects are maths and art. I also lead maths at Templars Academy.

3) As lots of you may know, I have spent several years teaching year 6, so year 4 will be a new and exciting challenge for me!

Our learning support assistant this year will be Miss Rayner. Fun fact! Miss Rayner has 10 cats!!

Below are some photos of people in the shelter to help you to visualise what they were like: 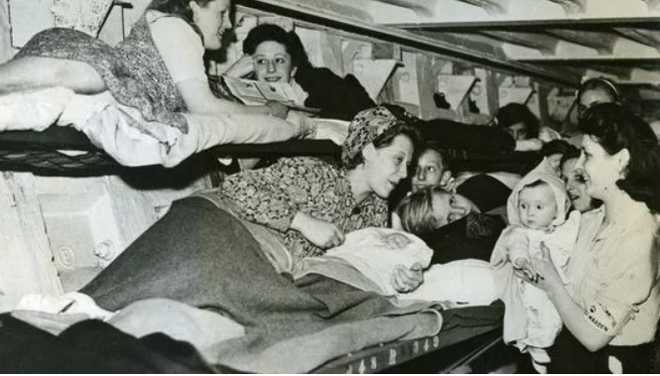 Perhaps the most important facility of the deep-level shelters was its three-tiered bunk beds, laid out in vast tunnel-like chambers. The bunks were hard and basic and shelterers had to provide their own bedding, but with a permit to return this could be left in the shelter. 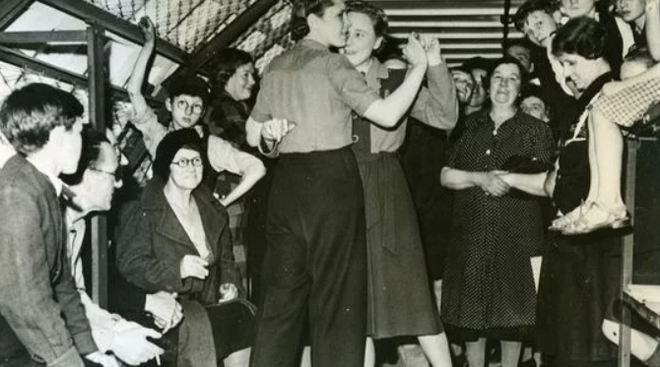 With space for around 8,000 people, each deep-level shelter was not a place for privacy. Instead, shelterers often attempted to lighten the mood with entertainment ranging from impromptu parties and singalongs to knitting or a game of draughts.

In the Spring term, we are learning about multiplication and division. We will be applying this knowledge when finding the area of shapes. We also be beginning out fractions unit.

We have had a big focus on x tables during Autumn term and will continue this in the Spring.

This term we are really lucky to be working in partnership with the Royal Opera House in London. We are learning about theatre craft and the children will be designing and making different stage settings and understanding hoe these are used in the performances.

Our science unit this half term is: Animals including humans. We will identify that animals including humans need the right types and amount of nutrition and that they get nutrition from what is eaten. We will describe the simple functions of the digestive system. We will be looking at the skeleton and muscles and their functions. We will also be learning about different types of teeth and their functions and learning about a variety of food chains.

Unfortunately not the ones with chocolate chips.

Some cookies are necessary in order to make this website function correctly. These are set by default and whilst you can block or delete them by changing your browser settings, some functionality such as being able to log in to the website will not work if you do this. The necessary cookies set on this website are as follows:

Cookies that are not necessary to make the website work, but which enable additional functionality, can also be set. By default these cookies are disabled, but you can choose to enable them below: